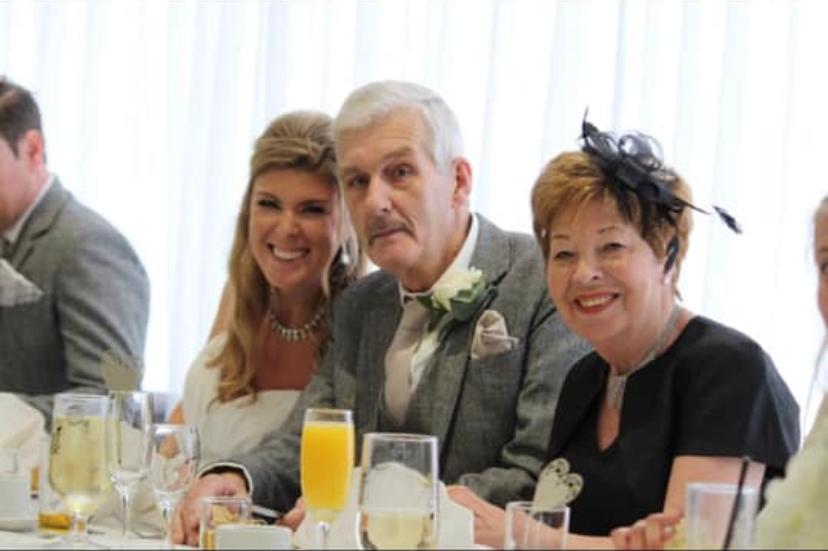 In April 2020, pharmaceutical company, Bristol Myers Squibb announced positive topline results from drug trial. Checkmate -743, a pivotal Phase 3 trial met the primary endpoint of improved overall survival. These interim results are the most positive mesothelioma drug trial results there have been in around 16 years.

The trial evaluated the use of Opdivo® (nivolumab) in combination with Yervoy® (ipilimumab) compared to chemotherapy in patients with previously untreated malignant pleural mesothelioma.

Michael Conway, 68, took part in the Checkmate -743 trial and told us about his experience…

Michael was diagnosed with bi-phasic pleural mesothelioma in 2017. He was a builder and suffered an accident at work when a door fell on him. He carried on working but a couple of weeks later was still in pain and visited his GP. An x-ray revealed not only broken ribs but also fluid and a shadow on his lungs.

Michael was referred for a PET CT scan and a lung biopsy. These confirmed a diagnosis of mesothelioma. The news turned Michael and his wife, Denise’s world upside down. Michael remembers just staying at home for weeks not knowing what to do or who to turn to. In his 65 years, Michael had never been ill and to be told he had an inoperable, terminal disease was devastating.
It was suggested that they try to speak to a mesothelioma specialist and, when they did, Michael and Denise discovered that there was an immunotherapy trial he might be eligible for. The trial was Checkmate -743.

For the first time since the diagnosis, Michael felt positive and began the trial in August 2017. Michael was given both drugs – nivolumab and ipilimumab – and apart from some mild side effects (tiredness, itchy hands, reduced sense of taste and darker hair!), he tolerated the treatments with no problems and at some points even thought that he must be on a placebo.

Within a few months, Michael’s tumours had shrunk from 21mm and 29mm down to 5mm. The couple were overjoyed and amazed at the results.

In December 2017, Michael began to experience more serious side effects which resulted in hepatitis. He had to stop the trial and was put on steroids. However, his sense of taste returned and he felt well.

Since then, Michael has been having regular checks and there has been no growth in the tumours. He has not needed any further treatment for mesothelioma.

Michael urges anyone diagnosed with mesothelioma to seek the advice of a specialist. He feels that being told that there was something that could be done brought him from a very dark place to a place of hope and positivity. The trial completely transformed his outlook on life, and he found himself talking to other patients, reassuring them that there is hope and encouraging them to be positive.

Michael changed from thinking ‘Why me?’ to feeling lucky that he had 65 years of good health. He says that taking part in the trial is the most positive thing has done in his whole life and it meant that he didn’t feel alone anymore – something he feels is vital to getting through a mesothelioma diagnosis.

As for his healthcare team, Michael couldn’t praise them enough. He is forever grateful to the whole team and tells them this at every opportunity. They reply that they are just doing their jobs but, to Michael and Denise, it is so much more than this. They feel that the doctors and nurses really do care and they want others to know that there are people who will help and support them through the whole journey.

Michael wouldn’t hesitate to encourage anyone to take part in a clinical trial. One of the reasons he joined Checkmate -743 was because he felt that even if it didn’t work for him, he was confident that eventually the research would help others and lead to better treatment and outcomes for mesothelioma patients.