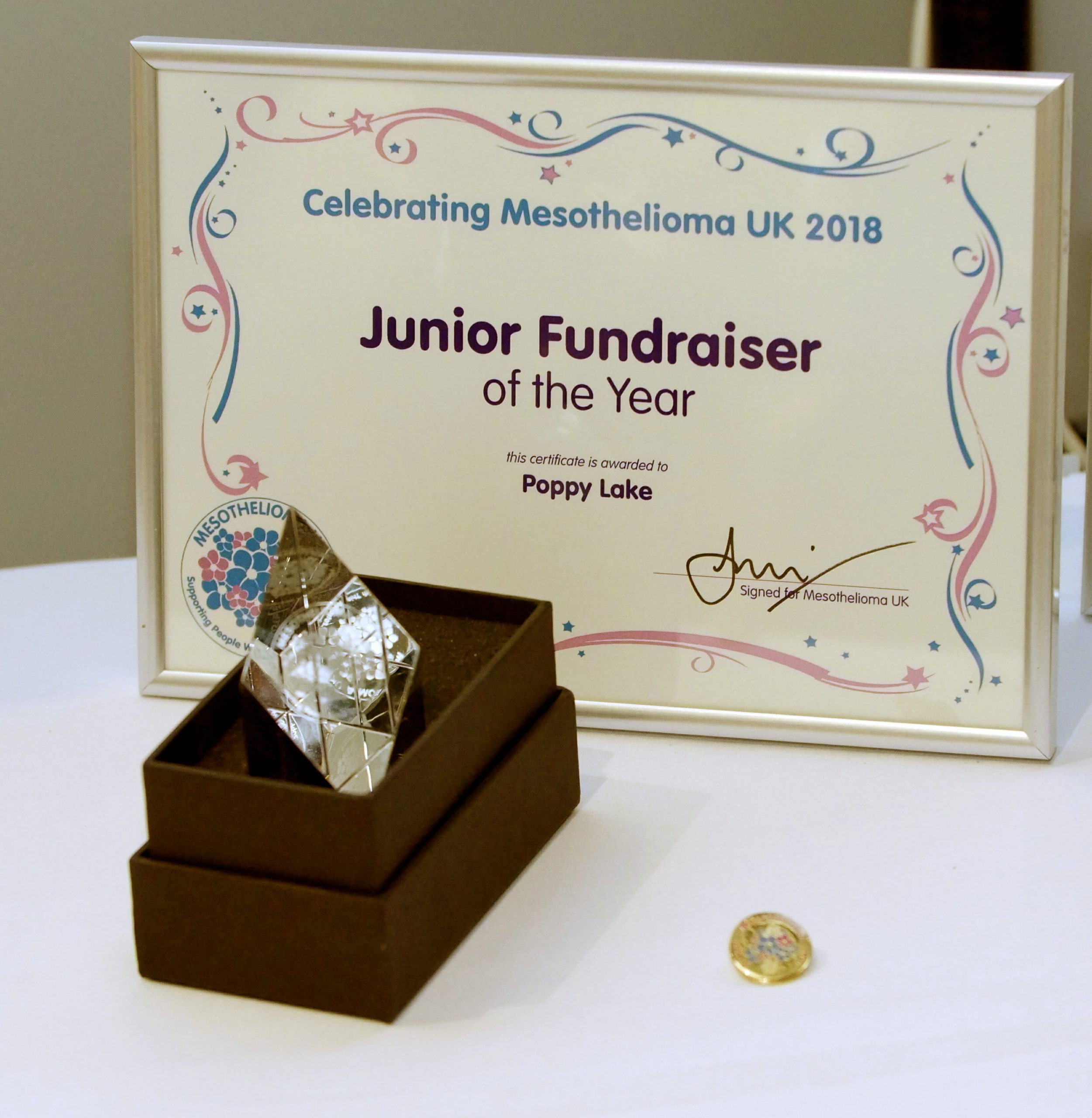 We are proud to announce the winners of our first ever awards, which celebrate the amazing work of our supporters. We presented the awards at our recent Race Night and Patient & Carer Day and would like to thank all of you who support us. The winners of the 2018 Mesothelioma UK Awards were:

Charity Partner of the Year

Chris Knighton is the driving force behind the research fund, has been Mesothelioma UK’s longest serving charity partner and donated the largest amount in 2017/18 in support of our charity.

Corporate Donor of the Year

Being one of our Gold Corporate Donors since 2013, Royds Withy King has been consistently supportive over the years, always first to step up in funding and supporting any Mesothelioma UK initiatives. The company has been the largest corporate donor across all events.

Most Inspirational Fundraiser of the Year

Tim has always been a bike rider, he races cycles and loves it. It is his passion. He has mesothelioma, but that has not stopped him! Tim told his story at our Patient and Carer Day so this award is to recognise how inspirational he is.

Special Contribution of the Year

Having lost his dear wife Rosemary to mesothelioma, both having had long service with the RAF, Brian has worked tirelessly to help others. He became an ambassador for Mesothelioma UK several years ago and has since travelled far and wide attending fundraisers on our behalf. Brian has now helped open three support groups in the Anglian region and is also an active member of the working group for Mesothelioma UK’s Armed Forces initiative.

Corporate Partner of the Year

ARCA members hold a charity week each year supporting their chosen charity where many members get involved, taking part in various events including biking, abseiling, skydiving, walking and baking cakes. Last year, Mesothelioma UK was their chosen charity and the members raised an amazing amount of both awareness and funds in support of the work we do. They also linked their members’ asbestos training days with each of our mesothelioma nurse specialists in their area which was of great benefit to all.

Junior Fundraiser of the Year

Poppy is nine years old and loves singing, especially to her dear grandad Michael Arthur Cross. Sadly, Michael died and in his memory, Poppy put together a singing concert all by herself and organised a disco with family and friends to help raise awareness and funds.