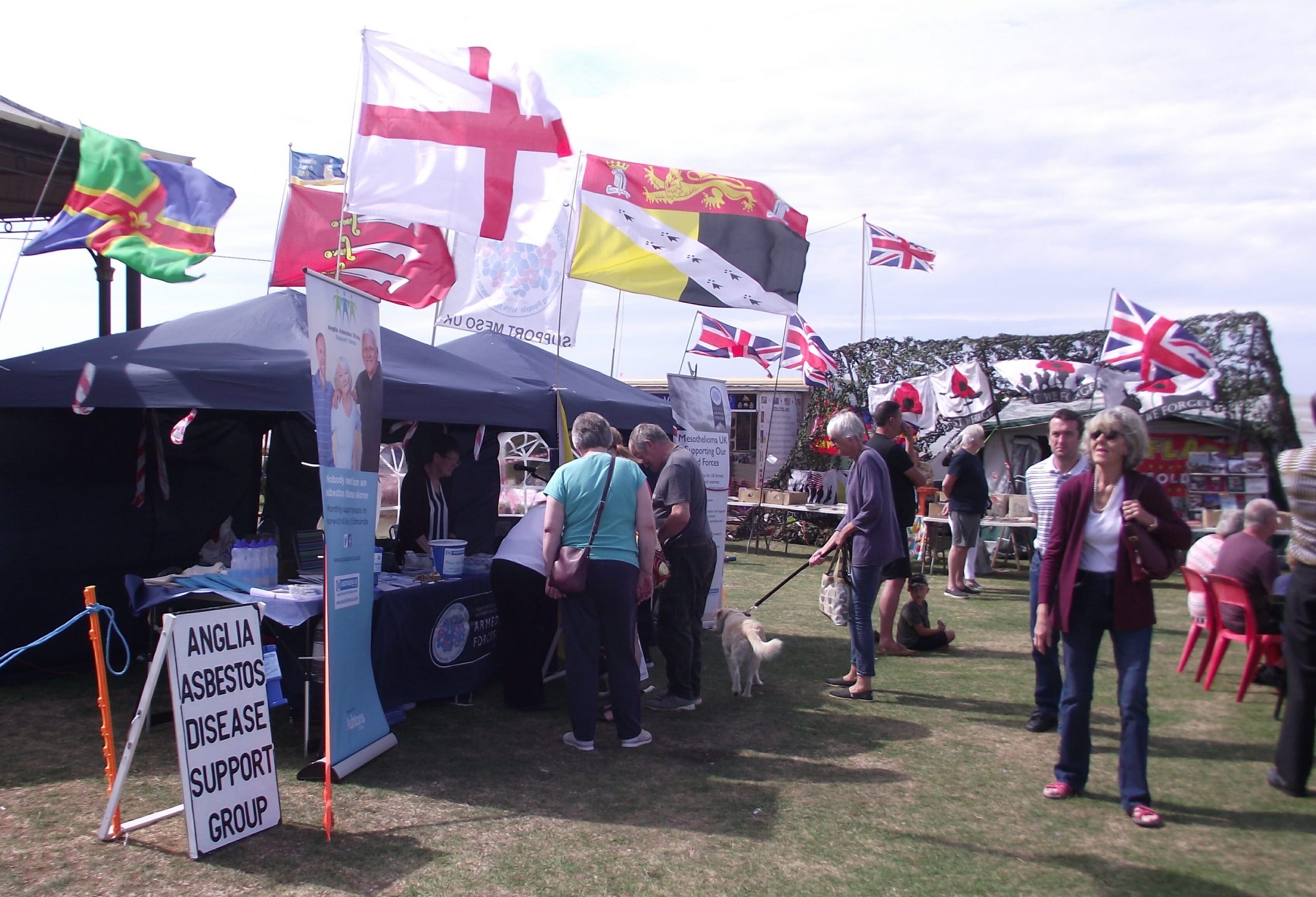 Volunteers from Anglia Asbestos Disease Support Group, assisted by members of the local Normandy Veterans’ Association and veterans from Royal Anglian Regiment helped to promote the work of Mesothelioma UK and focused on the charity’s armed forces initiative.

The charity laid a wreath of red roses on the sands at Hunstanton to commemorate the fallen. The wreath was delivered by WWll vintage DUKW amphibious vehicle, owned and driven by Mr. Harold Payne. The Hunstanton event marked the end of recent events commemorating the 75th anniversary of the D-Day landings. Brian Wallis presided over a special evening service which concluded the two-day event and was attended by around three hundred people from the local community and visiting tourists.

Music was provided by the Peterborough Pipe Band who led the parades and the event was organised by Lincolnshire based Anglia Motel Group (AMG). Over £800 has been collected by AMG for veterans’ support services during recent years.