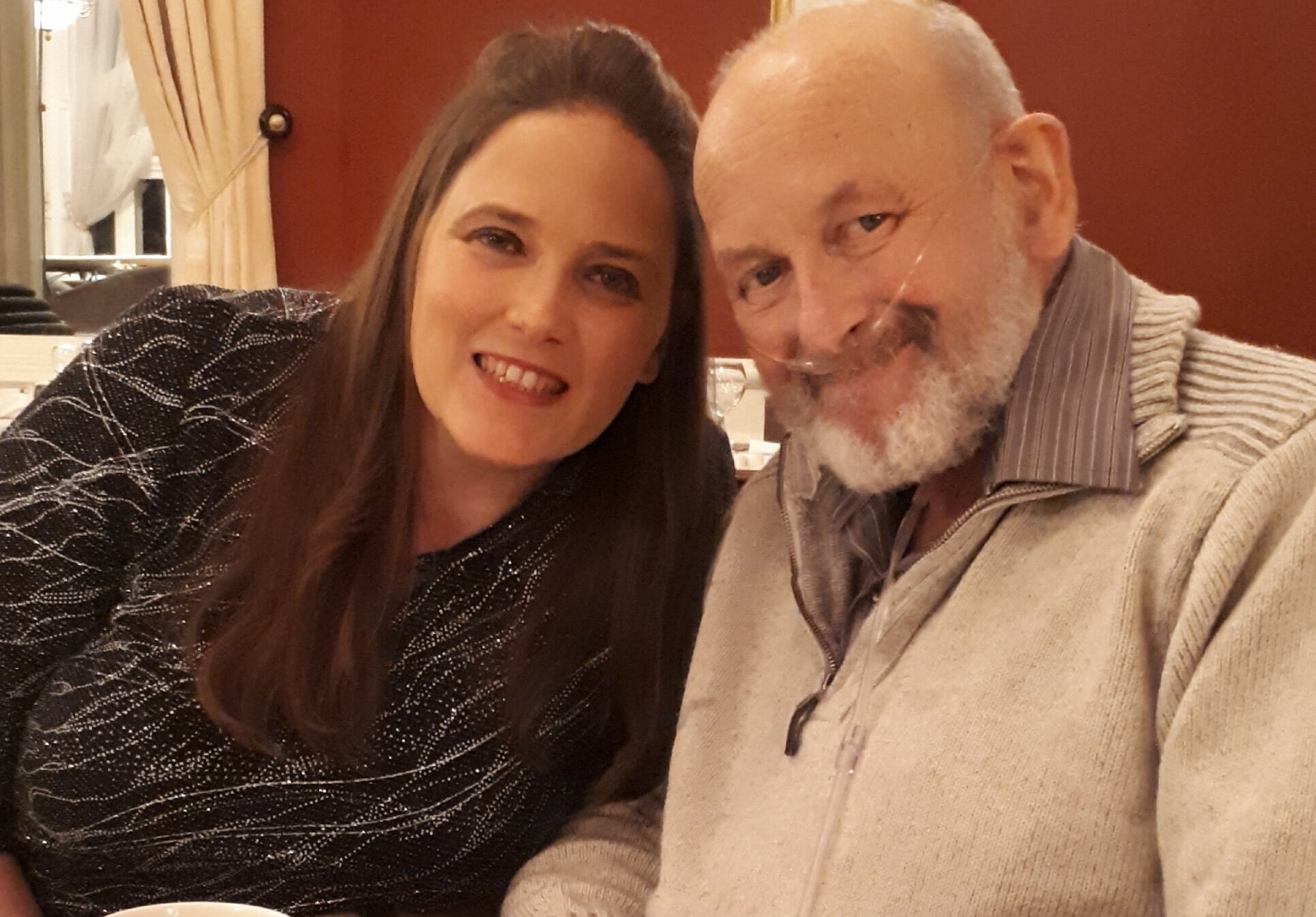 My dad was a very active man he ran, he did half marathons, triathlons, and the Glasgow to Edinburgh cycle run.

In his early years my dad trained as an electrician from the age of 16-21 years old. At the age of 22 he joined Strathclyde police where he served as a police officer for 26 years.

In September 2016 my dad was riding his bike he went over a bump and felt a pain in his right hand side but never through anything of it. Then in the December of that year he had a really bad cough that had been continuous since the November.

In January 2017, after the festive holidays, he went to the doctors. At first they said it was a chest infection and gave him antibiotics. Two weeks later he still wasn’t right so the doctor referred him for an x-ray which showed fluid in the lung. Following that came a CT scan which showed the lung had collapsed.

He was referred on the Queen Elizabeth hospital in Glasgow. Where he was told by the consultant they were thinking it could be mesothelioma. My dad had biopsy after biopsy which came back inconclusive. Then in the April of 2017 my dad had a genetic test which revealed he had mesothelioma. Our world came crashing down.

He was offered various operations. One was scraping of the lung lining but a scan revealed the cancer had spread that area. We were devastated. On October 2017 was dad was offered the Meso Trap research operation. He was the first one in Glasgow to have it done. We thought it was a success and he’d have more time with us. But we were devastated when my dad started taking infection after infection and was in and out of hospital from the end of October until December 2017.

While he was in hospital, my dad’s consultant asked him to take part in a radio interview for BBC Radio 4 called Inside Health with the aim of raising awareness of mesothelioma.

We got my dad out of hospital on 22nd December 2017 we went on what was to be out final family trip for Christmas 2017. On boxing day my dad was in a lot of pain and I called an ambulance. That was to be his last admission into hospital. The mesothelioma has finally taken over his body. He was in hospital from boxing day to the 5th January 2018 when he was moved to a hospice where he passed away on the 10th January.

This was truly devastating for us my dad was an amazing healthy man who was so positive through his fight, who we miss terribly.