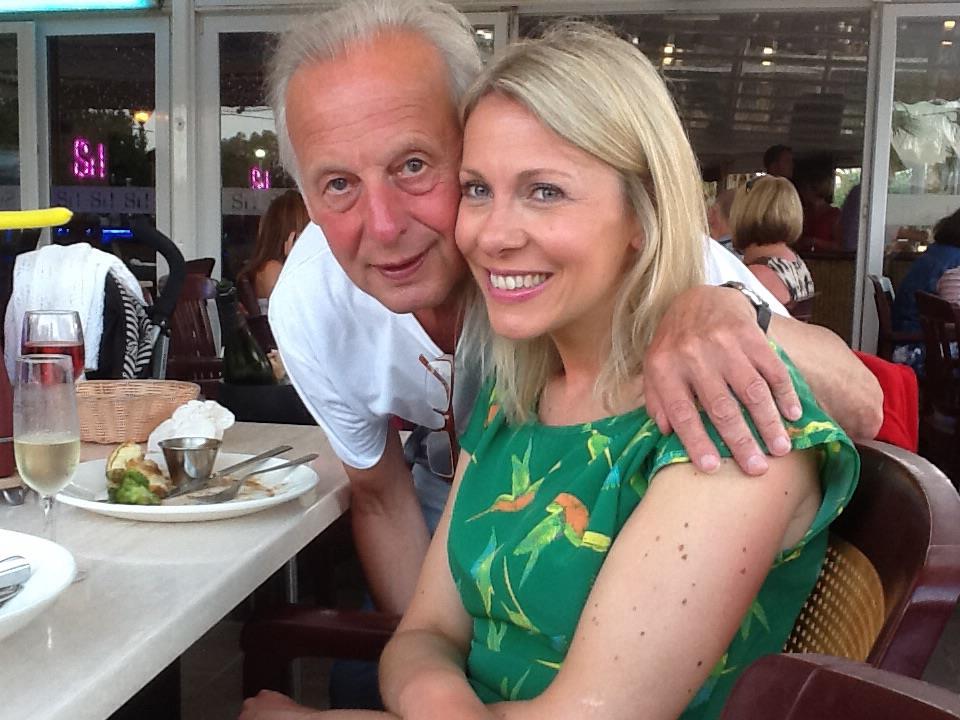 Making a difference by raising awareness of Meso in Scotland

Recently, Julie Roberts got in touch with Mesothelioma UK to tell us about her campaign to raise awareness of mesothelioma in Scotland.

Julie is so passionate about this because her life was changed forever when her dad, Gordon, was diagnosed with mesothelioma in 2014. Just eight short months later, Julie’s dad passed away. Julie also cruelly lost her uncle to the same disease just six weeks earlier.

Like so many people whose lives are affected by this disease, Julie and her family had never heard of mesothelioma before her dad was diagnosed. This lack of awareness has prompted Julie to call on the Scottish government to review its cancer strategy (which has no mention of the disease) to inform more people about it with the hope that it can be diagnosed much earlier.

Gordon had worked as a joiner during the 1970s and 80s when asbestos was a commonplace building material. We now know that exposure to asbestos is linked to mesothelioma and we expect the number of cases to rise as the disease makes itself apparent in men and women who worked with asbestos earlier in their lives.

Julie said: “As a family we’d never heard of it before – nobody seems to have. But thousands are diagnosed every year and that number will rise dramatically. The problem is that there are no symptoms before it’s too late to do much about it. If people were more aware of the disease – especially those who worked with asbestos – then they could look for symptoms much earlier.”

Helping Julie raise awareness of symptoms, among men in particular, is Hibernian Football Club. Her dad was a lifelong fan of the team and he would take Julie to a match every week.

The football club has been a huge support to Julie and made a film telling Julie’s story which it shared through its GameChanger campaign – a partnership between the club and NHS Lothian which aims to deliver better health to the club’s supporters.

Following the success of Julie’s film on the GameChanger campaign, she was contacted by the Leader of the Scottish Labour Party, Kezia Dugdale, who offered her support.

With the support of the party leader, Julie has challenged the Scottish Health Minister on the following points:

Does the Scottish Government currently carry out any type of specific Mesothelioma early deduction work within the ‘Get Checked’ or any other of their public awareness campaigns?

Are there any plans to specifically target demographics that are more susceptible to being diagnosed with Mesothelioma?

Does the Scottish Government have any plans to remove all asbestos from public buildings?

Julie said: “I do think the government could start raising awareness – letting people over 50 perhaps know that if they worked in certain trades they could be at risk and to keep an eye on their health.”

Kezia Dugdale, commented: “I have written to the Health Secretary Shona Robison to find out what exactly the Scottish Government is currently doing on this issue.

“We know from research that the poorest people in Scotland are 68 per cent more likely to die from cancer than our country’s richest. We cannot live in a country where there is a direct correlation between the likelihood of someone getting, and then surviving, cancer and how much money they have.

“The Scottish government must do more and be willing to try new things to make these changes happen. I’m willing to work alongside the Health Secretary and cancer charities so we can make sure we fight diseases like mesothelioma and ensure that cancer does not become a deprivation disease in Scotland.”

The worker health and safety charity, Scottish Hazards, was also made aware of Julie’s story through the GameChanger campaign and signed up as a result and will be able to help raise awareness of mesothelioma.

Julie is making fantastic progress with her campaign and has met with the Scottish Parliament and is attending the Cancer Cross Parliamentary Committee in September to tell her story.

Julie believes early diagnosis could make a huge difference. “Those months from diagnosis were precious to us all. My dad had some time to think about us all – wrote letters for us to open afterwards. But we do feel robbed of the times we now won’t have with him. I just wish he’d been diagnosed earlier.”

You can see Julie’s story in a video she made with Hibernian FC at www.hibernianfc.co.uk/news/6488

www.scottishhazards.co.uk – a charity bringing together a network of organisations and individuals interested and involved in workplace health and safety.

http://www.clydesideactiononasbestos.org.uk/ – a charity in Glasgow offering advice and support to those affected by asbestos related illness.