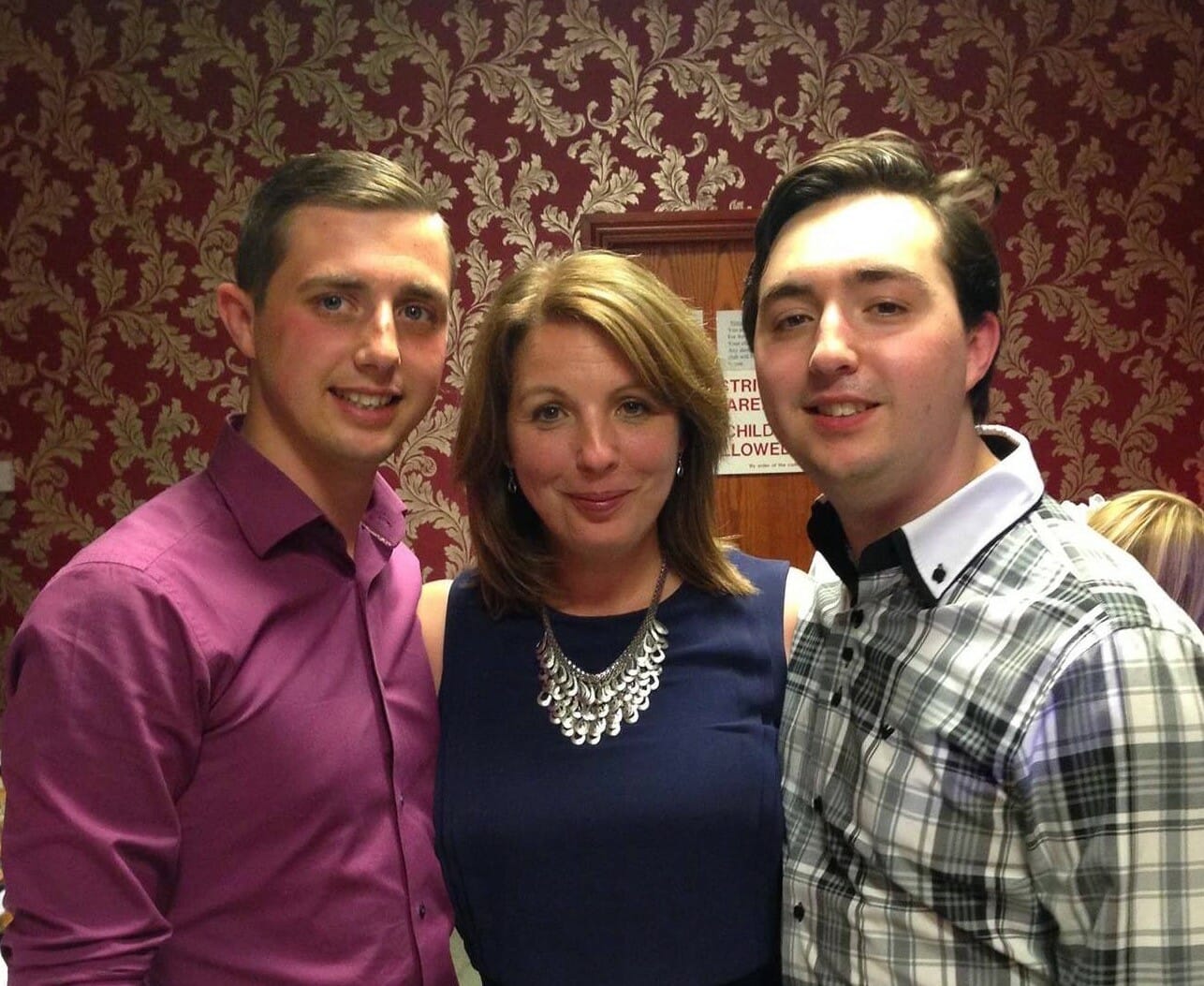 Emma was just 38 when she was diagnosed with mesothelioma in 2012. Following lengthy treatment, Emma has now been stable since June 2014 and has regular check-ups and scans. Emma lives in Nottingham and this is her story…

After three previous trips to my GP about a cough that just never seemed to go away, I made another appointment and laid it bare how this cough was making my life miserable! I could not eat without coughing, socialising was a nightmare and it also affected my job…I was a teaching assistant at the time and responsible for delivering some lessons.

On this occasion I saw a different GP who again stated that my chest sounded clear but as it had been going on for so long they would refer me for an x-ray.

A few weeks later I realised I hadn’t heard back from my GP about the results of this x-ray so made an appointment. I was told that I had a lesion on my lung and that the hospital would be in touch with me. I didn’t even know what a legion was and, not wanting to appear daft, waited until I got home to Google it!

That done I wasn’t overly concerned and waited for the hospital appointment to come through. At the appointment it was suggested that the cough was more likely a nasal drip and the legion that was showing on my x-ray didn’t seem to raise any concerns from them. The doctors were going to discuss whether to take a biopsy or just leave it alone.

After consulting with colleagues the doctor informed me that a biopsy was going to be done, just to rule out anything sinister!

I was invited back to clinic where I sat and waited for my appointment time that came and went…people arrived after me and left while I still waited…I began to feel nervous.

Finally, a doctor called my name and I noticed she didn’t make eye contact with me as we followed her into a room. Once seated she asked me why I was at the hospital and what had been explained to me…I replied that there was a lump but no-one thought it was anything bad and the biopsy was just to be sure.

The doctor then looked at me and said that it was very bad news…she said I had mesothelioma and went on to explain what it was and what caused it. I sat there with my husband, both of us in shock, and the tears flowed!

We sat with nurses who brought us tea and offered us sympathy and support. We were told that we were to return to the cancer clinic in two days to discuss treatment and not to Google the cancer beforehand (they needn’t have worried as neither my husband nor myself could remember the name of the cancer that had shattered us!).

My husband broke the news to family members but we agreed that we wouldn’t tell my sons anything before we had more details so we just said that not all the results were in at the moment and I would be returning on the Wednesday. How we manage to pull this off I don’t know.

We’ve never discovered where I came into contact with asbestos…my mum said it was in the house I grew up in as well as my primary school in the huts we were taught in and played under. But I have no memory of ever touching anything broken so there is no proof that this is how I was unfortunate enough to become infected.

This was the day I was to go to cancer clinic and it was also my 39th birthday. We were introduced to a whirlpool of doctors, one sat us down to explain that this was terminal and what our options were, then we met with a surgeon who was so shocked that his first request was for a repeat biopsy to be sure that it was actually mesothelioma. We agreed to this and then it was off to meet the specialist lung nurses.

Once we returned home we broke the news to my children. This was the worst moment for me, more so than being told that I had terminal cancer.

Another biopsy was scheduled and a small piece removed. At the follow-up we were told that the biopsy had come back with no mesothelioma…we sat there stunned!

My doctor at the time was fantastic and told us not to get our hopes up and that the best course of action would be to go in again and take out as much of the legion as possible.

So, we put on a brace face and got through Christmas the best we could…a lot of tears were shed by me wondering if this was to be my last one with my family.

I was admitted to Nottingham City Hospital for keyhole surgery through my back to remove the tumour for testing.

Soon after we were told what mesothelioma had been confirmed in the removal of the tumour and that I was to go and meet the oncologist for the next part of our journey.

After a consultation with the oncologist we were told they were going to ‘throw the book at the cancer’ and give me 21 blasts of radiotherapy followed by six cycles of chemo. This started in February.

Chemo was awful and left me poorly for a week after each cycle, I avoided visitors not wanting them to see me at my worst so arranged visits on week 2/3 in cycles…I sort of shut myself away counting down the weeks and days left.

When the chemo finished, I was told that there was no growth in my cancer and booked a family holiday to make some memories.

I had joined some support groups and someone mentioned the name Professor Fennel. I Googled the name and discovered so much more information about mesothelioma and emailed the professor myself to see if I would be eligible for any of the clinical trials available.

I soon received a reply saying to ask for a referral from my consultant which I did straight away.

We met Professor Fennel in December time and he was full of information and so positive! He suggested that I ask for a CT scan at my hospital as I had only previously had x-rays and that he would be happy for us to continue at my current hospital and have consultations with him when needed.

My own hospital in Nottingham couldn’t find an appointment for a CT scan at such short notice so after contacting Professor Fennel again he arranged for me to have a scan at Leicester.

Following this CT scan we discovered that the cancer was back …this prompted me to move my care over to the Professor Fennel at Leicester.

We did four further cycles of chemo, and in June that year was told that the cancer had responded to treatment and had stopped growing.

Since that time I have been very fortunate to remain stable with check-ups every 6 weeks and scans every 12.

I feel so very lucky to have this extra time with my family and try to remain positive and enjoy every moment …with the occasional wobble now and again!

I would like to say that moving my care over to Glenfield Hospital has been the best thing that’s happened to me since this black cloud came into our lives. Their staff are such a fantastic team! You are a person to them not a hospital number…they treat you with a smile and a joke while rushed off their feet! They are so dedicated and such wonderful people … they make every appointment feel like a catch up with friends.

Liz (Darlison) is an absolute gem and when bad news arrives, as it will one day, I know that these people will be there for me, and I guess we will all just deal with it the best way we can.

But until then I’m going on holiday a lot! And most importantly spending time with those I love!